The Bloganuary prompt for today, which is near over in my time zone,

You may have noticed I used my government name for the title instead of E.M. This is because sometimes I think it is important for you all to know Amy as well. Overcoming challenges that you face is a personal matter, so I figured that Amy would write this post. I will say that this could have *triggers* for my fellow mental health followers, so please read carefully and safely.

I remember being 11 or 12 years old, and I was a bit rebellious. It was the age I started smoking, and it was also when I had my first French kiss from the neighbor. He wasn’t my challenge though, nor was my smoking. I was battling demons that I never really knew existed because I had blacked them out of my mind. I began self-injuring myself at the same time that I started being boy crazy and stealing my mother’s cigarettes from her file cabinet.

At first, it was banging my head against a wall when I would get mad or frustrated–stressed out, and then I started punching them. I would do it until it hurt me or until my knuckles were bleeding. No one ever knew or heard me lash out because I had a lot of time to do it. I remember smacking myself, digging my claws in my arms and legs, and then I met someone who was a cutter. When I say cutter, I don’t mean someone who cuts the grass or mosquito repellent. She would take a razor to her arm and slice just enough to cry red tears.

I hated crying salty, clear tears. My nose would run, and my eyes would turn puffy. I always felt like I looked so ugly when I cried, and I was tired of crying. I tried my friend’s red tears, and I fell in love with it. It really did not hurt initially. It was the next day that was when my remorse would hit because it would burn and hurt. Sometimes it would bruise, depending on what I would use to cut. She and I bonded even more over the cutting.

One day, I found my boyfriend in bed with that same friend that showed me a new world. (If you can believe that this has happened to me more times than I would care to admit, but it also ended my marriage decades later.) I grabbed all of my belongings because I lived with her, and I always kept this knife that my father had given me in my purse for protection. I was having such a terrible panic attack from discovering them that I collapsed in the road as I was walking away.

As I sat there, with my legs crossed in the middle of the road, my mind only thought of one thing…cutting. I grabbed the knife, went blank in my mind, and when I came back to reality I had 8 puncture marks in my legs, the calf area. I had blacked out again. I immediately found a way to call my oldest sister that lived in Indiana to pick me up. It was about 30 minutes away from where I was at.

When I got back to her house, I needed stitches but would not let my sister and her boyfriend take me to the doctor. He taped it shut for me. I still wear the scars of that attack on myself and many others.

This story is relevant because I used to think about cutting every single day since I was 20 years old. That’s how old I was when found cutting from my so-called “friend”. It was a challenge to learn how not to want to cut.

Since getting back on my meds, I have not had one thought of cutting myself or hurting myself. I am pretty chill most of the time, and I cannot wait to tell all of you when I have gone a year without cutting, but we are looking at nearly 6 months of being cut-free 🙂

Before my last episodes of it, I had not cut in over a year, but I had to draw butterflies where I wanted to cut to stop. Now, I see it as something that crossed me, and that I am now overcoming. 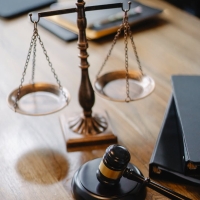 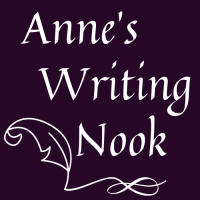 There's More Than Skeleton's In My Closet

Welcome to the nook, where I share my original works

Don't Let The Days Go By

Tales of the 90s · by Gregory J. Dennison